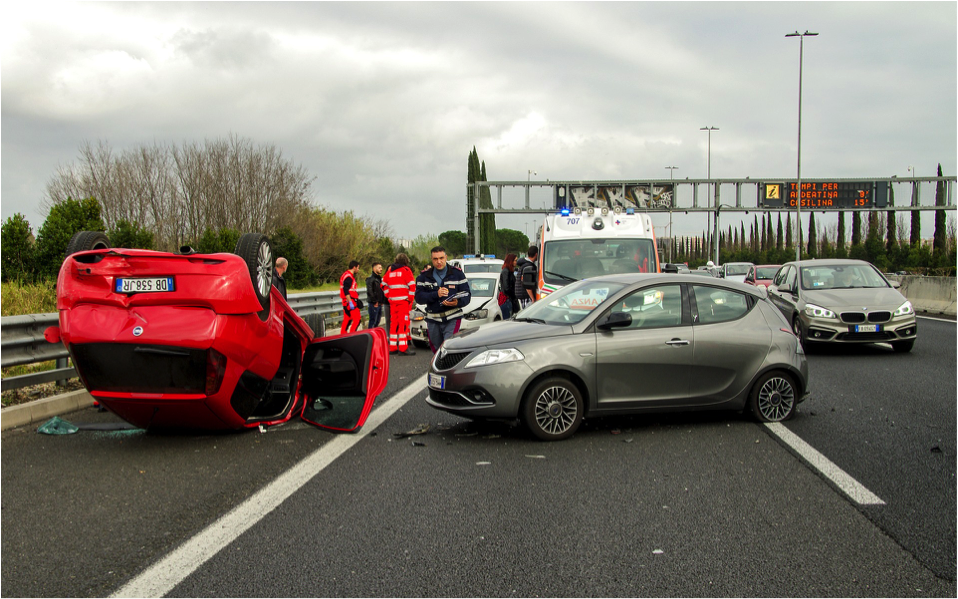 A car accident can lead to many unwanted consequences, such as legal hassles, severe injuries, loss of income, medical expenses, and more. The Auto Injury Insurance Claims Study by Insurance Research Council (IRC) shows that medical expenses reported by the claimants of car accidents continue to increase, even though the severity of injuries remain on a downward trend. It is always recommended that people drive responsibly and safely; but, accidents do not always happen due to one’s own faults or mechanical errors. Oftentimes, it is the faults of the other party that leads to severe or fatal car accidents.

The most common reasons for car accidents include:

According to the National Safety Council (NSC), 2015 had the highest one-year percentage increase in the number of traffic deaths in the U.S in half a century. The initial figures indicate about 38,300 people were killed on U.S. roads, and more than 4.4 million sustained injuries. Compared to 2014, this is an increase of eight percent. The car insurance claim statistics also indicate that auto insurance gets affected adversely when a person gets into a car accident. Data show that car insurance costs can go up by 27 percent after an accident.

What Are Car Accident Laws in the U.S.?

Car accident laws in the U.S. are a set of rules that help in determining who should be held liable for the personal and property damage caused as a result of a traffic collision. The main factor considered when determining liability is ‘negligence.’ This means that if you believe you have been in a car accident due to someone else’s negligence and you wish to be compensated, you must prove the following elements of negligence:

This is the reason why victims need to hire an experienced lawyer who can help them prove all the elements in a car accident case. However, there are a few things that need to be done just after an accident takes place to ensure that you have a strong case; these include:

It is a must that you follow these if you have encountered an accident to ensure that you make no mistakes, and get maximum compensation, if the other party was at fault.

Nearly 9,967 people were killed in alcohol-impaired driving crashes in 2014; in order to lower the number of crashes due to drunk driving, all states have defined driving with blood alcohol concentration (BAC) at or above 0.08 percent to be a crime. The consequences of drunk driving include administrative license suspension, fines, and imprisonment in some cases. It is a must that all drivers comply with drunk driving laws.

Young drivers surprisingly account for a large number of car accidents. It is for this reason that many states have prohibited young drivers to drink even a small amount of alcohol before driving. Almost all states, along with the District of Columbia, have implemented a Graduated Driver’s License program, where drivers ages 15 and 18 years have to undergo rigorous training sessions to get a driver’s license.

There are many other laws in place, but it is the responsibility of the driver to drive safely and avoid accidents.

As mentioned above, car accidents do not happen only because of the driver’s own faults; oftentimes, it is the fault of the other drivers that leads to fatal accidents. If you get into an accident even after abiding by the laws, consult a lawyer and file a case to get compensated for the damages done.

Author Information: Cory Bowman is associated with the marketing division of E. Stewart Jones Hacker Murphy Law firm. He has specialized in developing unique and high-quality content for law practices, which can help the entire community.