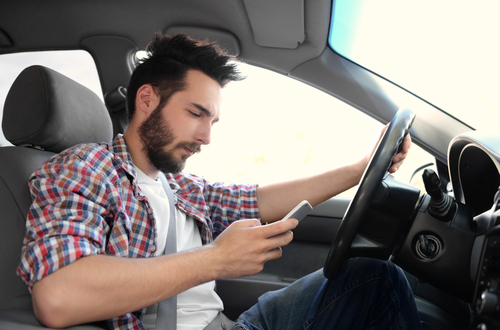 We do it almost every day. We unlock our cars, get behind the wheel, turn the key in the ignition and we’re on our way to school, work or some other destination. Driving is so routine, it’s easy to forget just how dangerous it really is. Are you aware of the most dangerous driving habits? You may even be guilty of a few.

It’s the most common cause of rear-end collisions, according to the National Highway Traffic Administration. Leaving a little bit more room when on the road is important for all drivers and that extra space could be the difference between a safe driving experience and a serious collision.

Each year more than 330,000 accidents caused by texting drivers lead to serious injuries, according to data from Ice Bike. Texting and driving is an epidemic and it needs to stop. Many states in the U.S. have banned cell phone use while driving. Find out if your state has a texting and driving law and browse other driving regulations by visiting drivingtests.org.

Mothers Against Drunk Driving reports that 10,265 people were killed by drunk drivers in 2015, and 290,000 were injured due to a drunk driver in that same year. Driving intoxicated is undoubtedly the most dangerous thing you can do on the road.

Distracted driving kills nine people on a daily basis, according to data reported by the Centers for Disease Control. Distracted driving can affect anyone, from the business professional who uses his SUV as a mobile office, taking calls and sending emails, to the newly licensed teen whose car is a social hub, a place for friends to pack in, turn up the radio and take selfies.

Drowsy driving can be compared to driving under the influence; it is just as dangerous. When your body is tired it needs sleep, it’s going to get it one way or another, and it doesn’t care if you’re behind the wheel. Sleepy drivers tend to crash on high-speed roads and often don’t respond to avoid a crash in the moments leading up to a collision or wreck.

The likelihood of a car crash increases when a driver is going above the posted speed limit on a roadway. Speed limits are set so that all drivers will travel at the same general speed, as this makes things on the road more predictable and much safer. Speeding is the second cause of driving-related fatalities, just behind intoxicated driving.

7. Not wearing a seatbelt

Seat belts have saved thousands of lives. It’s the easiest thing you can do when you enter a car. Seat belts are designed to help prevent riders and drivers from ejection during high-speed collisions and rollovers. But not all drivers click it.

It’s a no brainer: slow down when the weather is bad. If only all drivers followed this unspoken rule. Research from the Federal Highway Administration found that 24 percent of all crashes are weather-related, which seems like a good reason to slow down and increase your following distance when the roads are slippery.

Author info: Lauren Topor is a full-time freelance writer and alumna of Arizona State University. Her professional work has appeared in a variety of publications from lifestyle mags to business websites. Follow Lauren on Twitter @laurentopor.