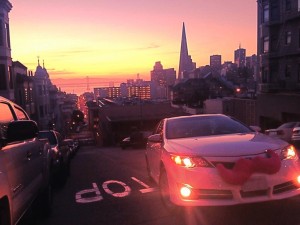 News outlets reported on a headlights study by the Insurance Institute for Highway Safety (IIHS), which found that some cars’ headlights underperformed. ABC World News Tonight reported that the study of headlights on more than 30 cars found that the BMW 3 series equipped with halogen lights was the worst, while the Toyota Prius, which has LED lights, was ranked the best.

The CBS Evening News reported that David Zuby of IIHS said, “I think the two big surprises are how wide the variation in performance is, and the other that in some cases, the baseline headlight does a better job than the more expensive headlight on the same model car.”

NBC Nightly News added that “government standards allow for a wide variation in head light illumination, mostly because the government hasn’t been able to keep up with technology.”

ABC News mentions that according to the NHTSA, close to 50 percent of accidents happen at dusk or in the dark. ABC News adds that BMW responded to study saying, “While we are disappointed with the results of the IIHS headlight test of a BMW 3 Series equipped with basic halogen headlights, we remain confident that we offer our customers very effective headlight systems at a variety of price points.”

CBS News adds that the NHTSA told CBS, “NHTSA is committed to promoting a higher standard of safety, including in headlighting systems. That’s why our planned revamp of the 5-Star Safety Ratings published in December included incentivizing better headlamp performance. Both Secretary Foxx and Administrator Rosekind have spoken out about the need to identify and remove potential regulatory hurdles to safety improvements.” CBS adds that former NTSB chairperson Deborah Hersman noted, “Most of us take lights for granted.”