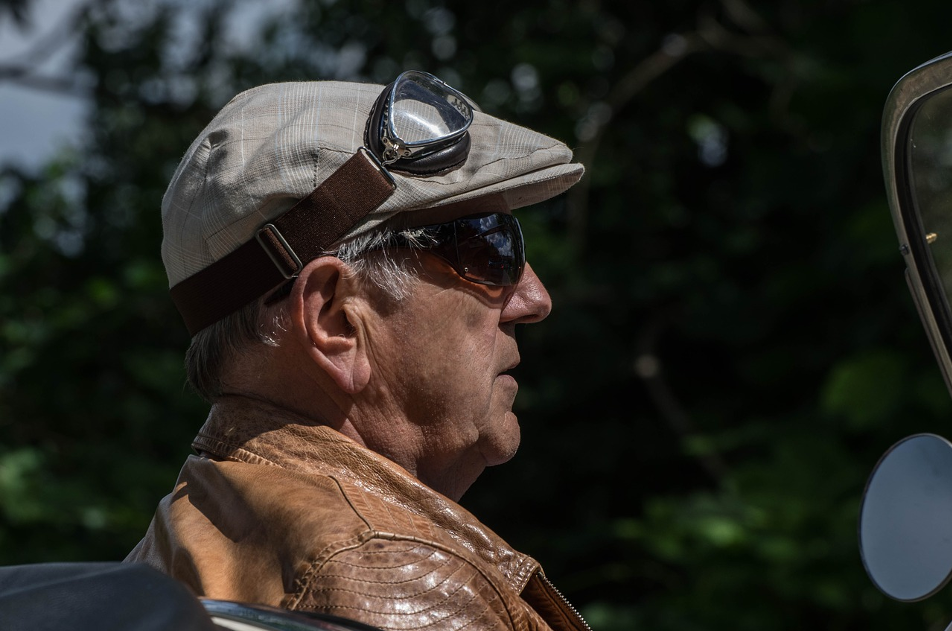 Think of the most dangerous thing you’ve ever done. Think of how it made your heart race just envisioning how reckless you were acting. The rush of adrenaline you felt afterward knowing that you’d survived unscathed.

Chances are that activity you’re thinking of isn’t the most dangerous thing you’ve ever done, not even close.

This is particularly true if you are a senior citizen — or drive amongst senior citizens on a regular basis. Chances are, you’re really living on the edge and you didn’t even realize it.

When you think of dangerous drivers who are likely to cause accidents, your mind most likely jumps to some crazy teenager banging on the steering wheel to the beat of loud music and texting on their phone while they weave in and out of traffic. Certainly young, inexperienced drivers are a high-risk demographic. However, seniors are not far behind them in total number of accidents caused and they are already the most likely to cause an accident per number of miles driven.

There is plenty of evidence to suggest that older drivers often have a difficult time driving safely. Among other things, older drivers may have a harder time seeing traffic hazards and may have much slower reaction times when they do realize there is a road hazard. Because of this, senior drivers are more likely than any other driving demographic to be involved in a fatal car accident.

This isn’t just grandma and grandpa cruising around snowbirding across the country in their RV either. The vast majority of accidents happen to those seniors that really don’t drive all that often compared to their younger counterparts. In fact, just as many accidents are likely to occur within an area relatively close to their homes.

With this in mind, it is important for seniors to prepare for the potential of an auto accident and be ready for what happens after. There are plenty of potential financial implications of an accident including things such as medical bills, legal fees, and wrongful death. Outside of the potential psychological damage that something like this could cause, it could also be very, very expensive very quickly.

Chances are, after an accident there will be an arraignment hearing, which is the first step in the criminal justice system. This process is typically when the defendant will have the opportunity to plead guilty or innocent to the charges that are brought before them. Conditions are set for release and the follow-up hearing date is usually set.

Depending upon the severity of the accident a number of things could happen. For one, the driver who caused the accident is likely to lose his or her driver’s license. In severe cases, especially those where a fatality is involved, the judge may require the senior driver to stand trial for vehicular manslaughter or some similar charge.

Though there are many senior drivers that are perfectly capable of continuing to drive well into their 90s, many more begin to lose the necessary skills to safely handle a vehicle. In response to this, a number of states have enacted driver laws that require those over a certain age to retake driver’s exams during their driver’s license renewal. Those who fail have their licenses revoked permanently.

This isn’t the case for all states, however. In many, powerful lobbies argue against driving tests for the elderly because they believe they are discriminatory. Although it is certainly true that the majority of the U.S. is not designed to accommodate people who cannot drive, it is almost certainly a significant liability to allow people who cannot safely operate a vehicle to continue to get behind the wheel.

Evidence suggests that walkable neighborhoods can actually have a substantial benefit to senior populations beyond just keeping them off the roads. Neighborhoods that are easy to walk around in allow seniors to age in place and maintain greater connections and independence in their communities. This can help with avoiding social isolation and can combat health issues that result from a less active lifestyle.

Mounting evidence indicates that senior drivers are actually a pretty substantial risk on the roads both to themselves and to the countless other drivers they share the roads with. Seniors are likely to face severe legal and potential medical issues if they are involved in an accident. For these reasons, many states require some level of testing for seniors to maintain their driver’s licenses. No matter where they are and whether or not they can still drive, seniors greatly benefit from not having to drive because they live in a walkable neighborhood.

Author bio: Maggie Hammond is a retired nurse and freelance writer, exploring and writing in the U.S. in retirement. An advocate for public health and nursing qualifications, she feels passionate about raising awareness of the current strain on public health organizations.