Protecting Yourself During Periods of Civil Unrest 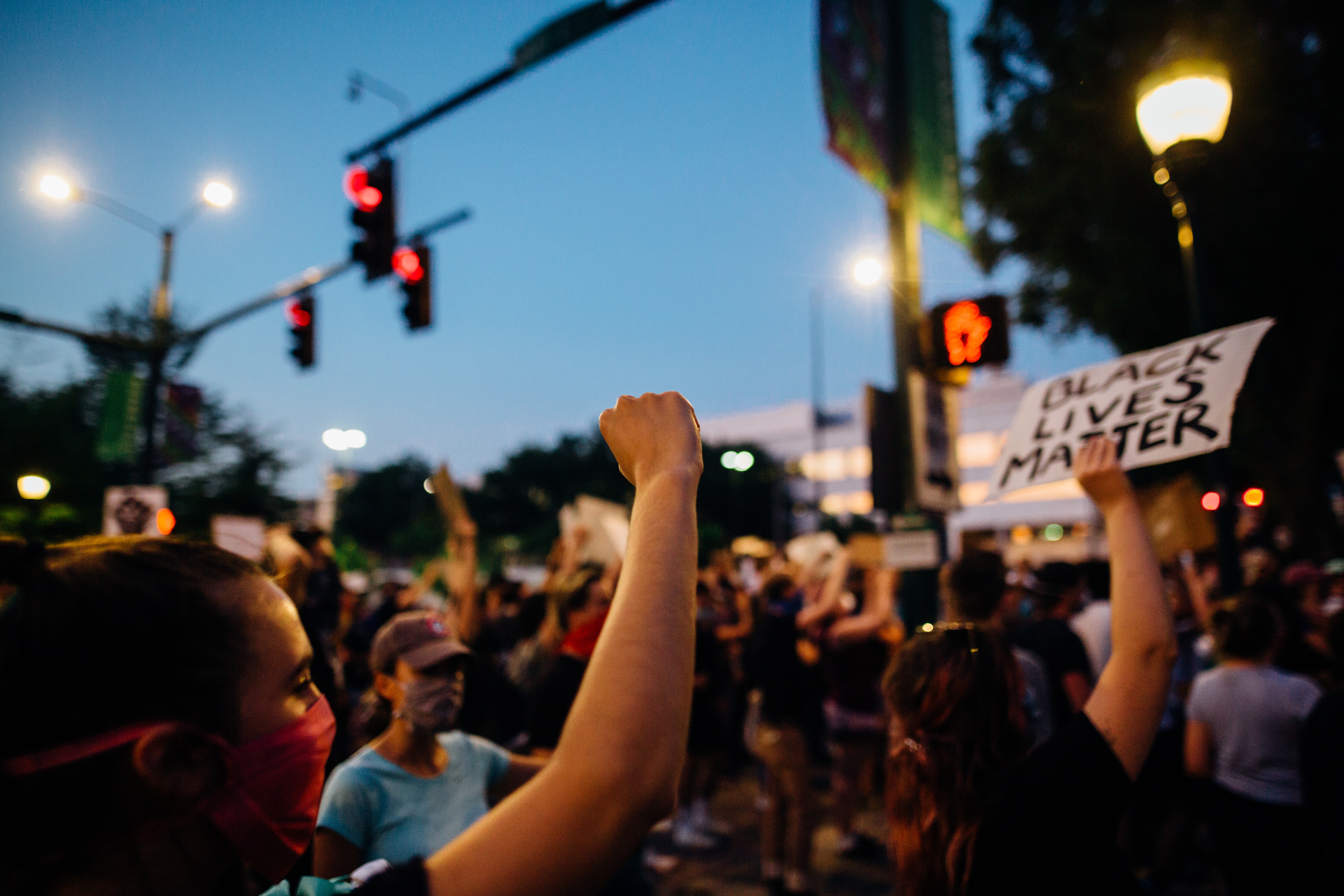 We are living through a particularly turbulent time in our country’s history. Between the global COVID-19 pandemic, recent questionable government leadership, and racially discriminatory practices, there has been a great deal of anger in our communities. In some cases, this has resulted in examples of civil unrest — from peaceful protests to violent insurrection.

Whether or not you agree with the underlying causes behind these actions, there is potential for them to negatively impact our lives. Some of these can affect protesters themselves, others affect bystander members of the community and local businesses. While we should all encourage peaceful civil disobedience as a core element of our first amendment rights, it is also important to understand how we can protect ourselves against the legal, health, and financial consequences it can bring.

For the most part, protests are non-violent affairs. Contrary to a lot of the misinformation that has been flying around, a recent report found that 93% of Black Lives Matter protests were peaceful. Unfortunately, there are certainly some events that develop into or are intended to cause violence, as we’ve seen with the recent attempted Capitol Hill coup. Whatever the reasons for action, this can result in injuries that can cause long-term physical, mental, and financial strain.

From the perspective of those involved in civil unrest, one of the prevalent risks of injury lately has been at the hands of law enforcement. Many protesters and members of the media lately have been victims of damage caused by officers’ unnecessary physical force and use of weapons. It is often considered difficult for those injured by the police during protests to sue. This is the result of qualified immunity — government officials are protected to a great extent from lawsuits in the course of their duties. The onus is on the injured party to prove that the injury occurred as a result of the officers knowingly violating their statutory or constitutional rights. Therefore, it can be wise to document the circumstances of abuse of duties by an officer and obtain copies of any video footage that might exist.

If you aren’t directly involved in the civil unrest but were injured by either a protester or law enforcement official, you may also have recourse to file a lawsuit. Usually, this would come under the definition of negligence — someone acted carelessly, harming you as a result. This is particularly relevant if the other party acted illegally or outside the standards of their official duties. However, it’s important to note that in any such lawsuit you must be able to prove that you have quantifiable damages to bring to the case. In the case of injury, these are most likely to include medical costs and loss of income.

While the potential for injury may well be the most pressing concern for most of us during periods of civil unrest, it isn’t the be-all and end-all. When civil unrest gets heated, or out of hand, private and commercial property damage can occur. While the majority of protesters will behave within legal bounds, there may also be some bad actors and opportunists that engage in looting. Generally, your best protection against property damage is taking out adequate insurance. Property and casualty insurance is usually the most appropriate here, as it covers most of the circumstances your property might fall victim to. At the very least you should be taking out a policy that covers the cost of replacing or repairing your goods, windows, fixtures, and structure. Though it may be cheaper, you should avoid actual cash value policies, as these pay cash at current market value, which may be less than the amount it will cost to repair or replace items.

The casualty aspect of your insurance also helps to protect you against another issue that many owners don’t consider: liability. If a protester is on your property and becomes injured from slipping, falling, or any other means that is deemed to be due to your negligence, they can file a lawsuit. Anybody on your property has a right to a reasonable expectation of safety — for whatever reason they happen to be there. Therefore, you should also take steps to ensure your floors never present a slip hazard, that there is no tripping potential, and that all fixtures (internal and external) are bolted to the surfaces to prevent falling.

Political action can be divisive. While it may seem to participants that issues that give rise to civil unrest are legitimate, there are likely to be others who disagree. This may pose problems related to employment.

While many protesters are informed enough to know their rights following an arrest, they don’t always know what their employment rights are. In the U.S., a key factor can be the type of contract you’re on. In most states there is an “at-will” presumption, meaning that employees are not protected by a contract, and can be terminated for any reason that isn’t discriminatory toward race, age, religion, gender, disability, or a protected class. As such at-will employees can legally be fired if they participate in unrest that the employer objects to. There are exceptions in some states — North Dakota, and New York both have statutes that protect you from being fired for lawful activities undertaken outside of work hours. That said, the issue can be compounded if your participation in a protest resulted in an arrest.

Even if you were fired because you attended a positive, peaceful Black Lives Matter protest, your termination doesn’t necessarily equate to discrimination on racial grounds. This is a difficult platform to argue on unless there is clear evidence demonstrating overt prejudice. Instead, one of the most sensible ways to protect yourself as an employee is to engage in a dialogue with your employer before the protest. Talk to them about your intentions, and why it is important to you. It is always better to try and take reasonable preemptive measures, rather than just reacting to the potential fall out after the fact.

Wherever you stand on the political spectrum, civil unrest may find you subject to problems that affect your health, lifestyle, and livelihood. Take time to understand what your legal rights are to recourse. In a politically volatile landscape, it is also imperative to take pre-emptive action wherever possible.

Author Info: Noah Rue is a writer, a digital nomad, and a graduate of the lessons of life (primary) and also the University of Idaho. These days, Noah teaches English as a second language in lovely Puerto Vallarta, Mexico, and moonlights as a content strategist for an American based marketing company.