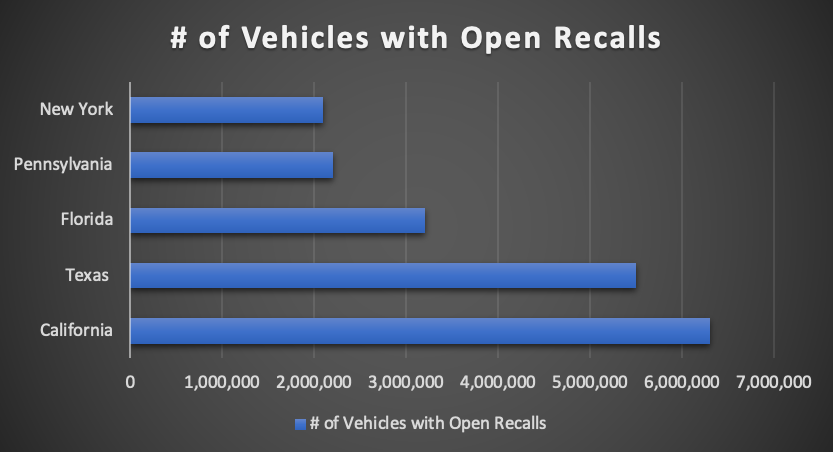 Vehicle recalls have amounted to a staggering number through the last decade. With the involvement of the National Highway Traffic Safety Administration (NHTSA), many large vehicle manufactures like Honda are under fire with civil penalties amounting up to 70 Million for not notifying the public about safety defects or faulty warranties.

With the organizations keeping a close eye on manufacturers to protect consumers, dealerships and used car resellers have managed to fly under the radar with selling un-repaired and defective recalled cars without any penalties. This has resulted in many causalities over the last decade without any potential changes. Organizations, politicians, and families of recent victims have joined together to initiate a fair sales practice to stop incidents like this from occurring in the future.

As an ongoing issue, here are a few important key takeaways that are up to date:

For many reasons, used car dealerships were not in favor of having to disclose that they are selling vehicles with open recalls. The organization that protects dealerships, The National Independent Automobile Dealers Association, said that fixing recalls on used vehicles could impact the value of their market and cut the trade-in price of a car up to $5,700.

Since used car dealers don’t want to advertise that their cars have outstanding recalls, consumers should be on high alert for what they are actually purchasing.

With recent nationwide recalls like the GM ignition switch and the Takata airbag incidents risking many lives and leaving a major impact on the car recall market, no driver is safe from being sold a recalled vehicle. Recent incidents prove that used car dealerships in the US are still selling unsafe vehicles, even after an initial recall was done years before.

How Can Consumers Protect Themselves?

The recall system almost completely relies on the information coming directly from drivers themselves. Once a car manufacturer is notified that one of their vehicles has a defective part, it becomes a formal investigation that can take up to 16 months to reevaluate and deliver to the public. After that, it can take anywhere between 60 days to receive a recall letter in the mail from a dealership. More often than not a recall letter gets misplaced, and that’s why there are so many open vehicle recalls on the street today.

To protect consumers, state law prohibits dealership from selling a vehicle that doesn’t meet reasonable safety standards through Implied Warranties. At the same time, customers are protected by state law to be notified by a used car dealer that a car is under recall. However, oftentimes, the notice is hidden between a large stack of paperwork and a customer will never see it without asking. For this reason, car owners are able to successfully file a civil lawsuit against manufacturers or dealers for selling a vehicle with a defect that could pose a threat, resulting in personal damages.

When buying a new or used vehicle, a consumer can protect themselves by looking at the recall history of the vehicle through the NHTSA site. A consumer can input the vehicle’s make and model or the actual VIN to see if it has been recalled before going through with a purchase. If the vehicle has been recalled in the past and hasn’t been fixed, ask the dealership to have it repaired before purchase or renegotiate the terms.

In the car industry, consumers don’t always come first. That’s why a consumer may qualify for a class-action lawsuit investigation if they have been recently sold a vehicle that is believed to have a defect or have an outstanding recall.